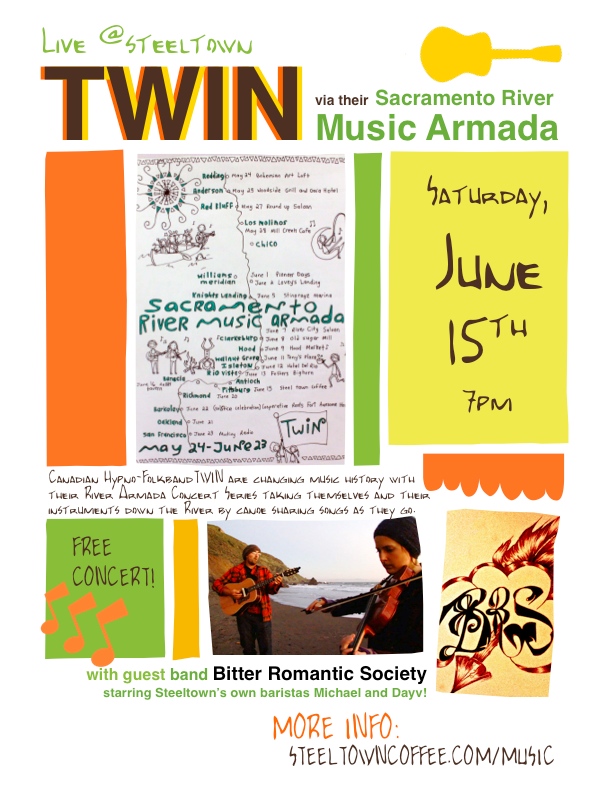 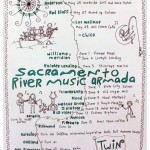 Once again Canadian Hypno-Folk act TWIN and friends are changing music history with their River Armada Concert Series taking themselves, others, all their gear and instruments down the River by canoe sharing song, stories and seed everywhere they go.

The River Armada concert series has returned to California! Two years after the Los Angeles River Music Armada TWIN is back working out of the bay area for the first ever Sacramento River Music Armada Canoe Tour. Since the internationally recognized L.A River tour, the group has completed the third annual Assiniboine River Music Armada (ARMA) in their home and native land of Canada, the origin of the Canoe tours, as well as the first Mississippi River Music Armada, birthplace of TWIN founder David Fort in September of 2012.

The group is bringing the River Armada Concert series to the Sacramento River for the first time Starting in Redding, May 24th. TWIN will be performing with a variety of California artists, speakers and performers at the various stops along the Sacramento River until their final stop in San Francisco. 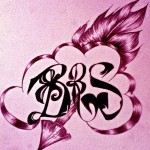