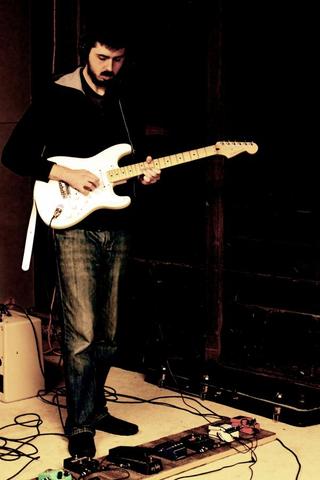 Says the musician:
“‘ESSE’ is improvisational music for solo guitar, and a translation the Latin word is ‘is-ness’.
“The music, being almost totally improvised, is a form of creation that is meant to be experienced in the fullness of the ever-renewed present moment, — the Now in which it is brought forth, –attempting to draw listeners away from the temporal towards the eternal—towards the is-ness that now and always is, ever fresh and renewed by the Eternal and Transcendent Source of all being. The music is also meant to disarm the tendency in the listener to think about the music as it is heard, and to move them from inward movement to stillness and a pure perception of what is.
“And although this title of ‘improvisational music’ may sound individualistic, this is actually a perennial approach to music: from Beethoven to Mozart to Chopin to Liszt, from Indian ragas to Persian music, from jazz to blues, improvisation is a thread running throughout almost all of music in one way or another.
“The music is not exactly rock or jazz or blues—although that is where I am coming from. Nor is it classical music or sacred art per se—although these are the forms of music from which I draw all of my current inspiration.”